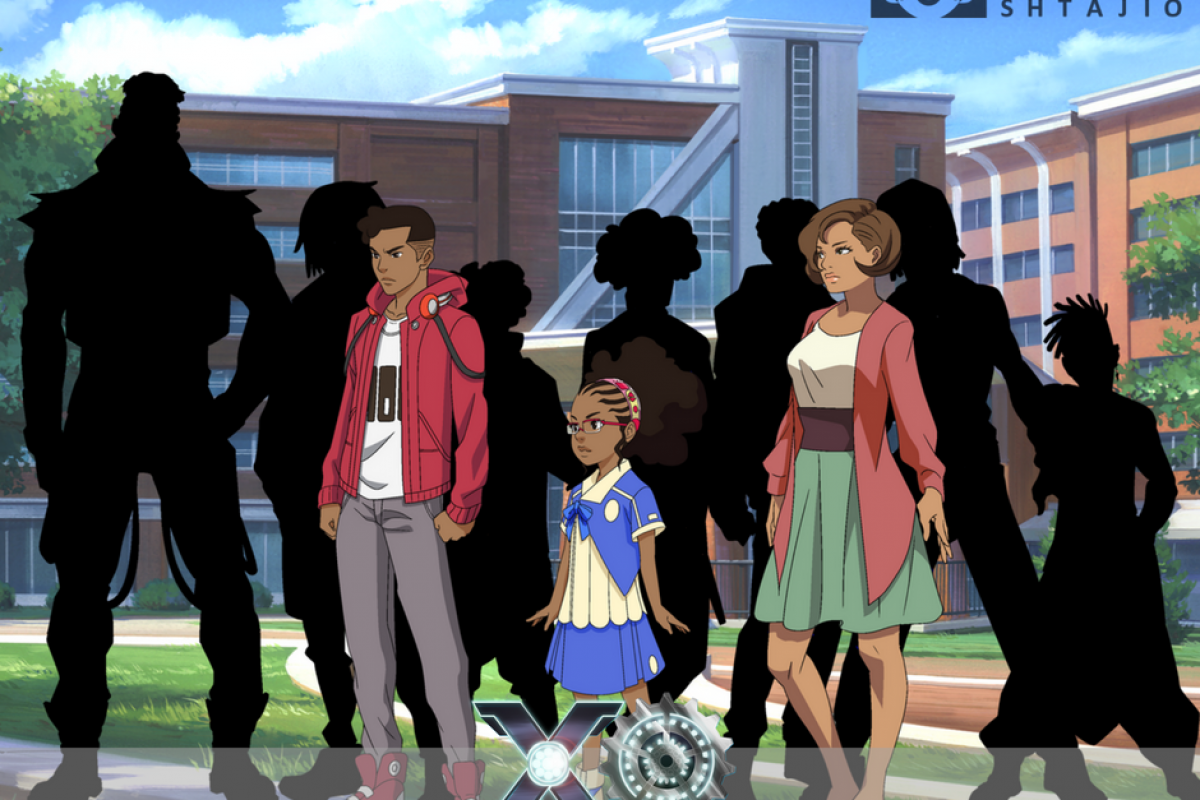 The XOGENASYS anime Pilot will be debuting at Anime Expo 2018 on Saturday, July 7th, at 8:00 PM in Room: LACC / Live Programming 4 (411). Following the premiere, creative agency Noir Caesar, alongside D’ART Shtajio’s CEO Arthell Isom will be hosting a panel to discuss future plans, releases, and upcoming news for the XOGenaSYS title.

The XOGenaSYS Pilot Episode follows the story arc of Darius Smith, set before the events in the manga, centering around the turmoil, relationships, and ultimate struggle that lead Darius towards becoming an XO-Fighter. The Anime Pilot will run 17-minutes and showcase the artistic attention to detail that D’ART Shtajio uses to create an immersive world that drives the story forward.

Not familiar with the XOGenaSYS Story? Don’t worry, we’ve got you covered with a quick Synopsis below:

“The future has grown into a decadent, overcrowded gang-ridden cesspool. If you’re not living uptown, you might as well be dead. Such is the case of Darius Smith, an artistic youth living in the hood, doing his best to avoid trouble and live life. Unfortunately, Darius has a hidden talent – he’s an explosive fighter! This makes him the target of many gangs and pits him in many brawls, landing him in the sight of the honorable Timothy Mustafa, powerful prince and owner of one of the most successful XOGeneSYS teams in the country. XOGenaSYS is a successful gladiator sport fought with powered exoskeletons, and Mustafa wants Darius to become the next new fighter! Can Darius become the next champion or will he fall like so many before him?”

XOGenaSYS is being adapted from comic to animation using traditional methods coupled with Toon Boom’s Animation Software. Utilizing Harmony to key most of their major sequences, D’ART Shtajio uses Harmony’s paper-based system to traditionally animate in the digital environment.

Directing the XOGenaSYS Pilot, is D’ART Shtajio’s CEO, Arthell Isom. Having worked in the Japanese anime industry for 13-years as a background and environment concept artist, Arthell founded D’ART Shtajio to serve as a bridge for Westerners seeking to tell their story using anime as a medium.

Noir Caesar, a creative agency founded by NBA Player Johnny O’Bryant, has several exclusive comic/manga titles available on their website. The original comic XOGenaSYS has four chapters out currently and is created by Johnny O’Bryant, drawn by Nikolas Draper-Ivey, and written by Tre McIntosh.

Watch The Interview with Arthell Isom about the XOGENASYS Anime Pilot