Live-Action Adaptations of Anime: Are They Worth It? 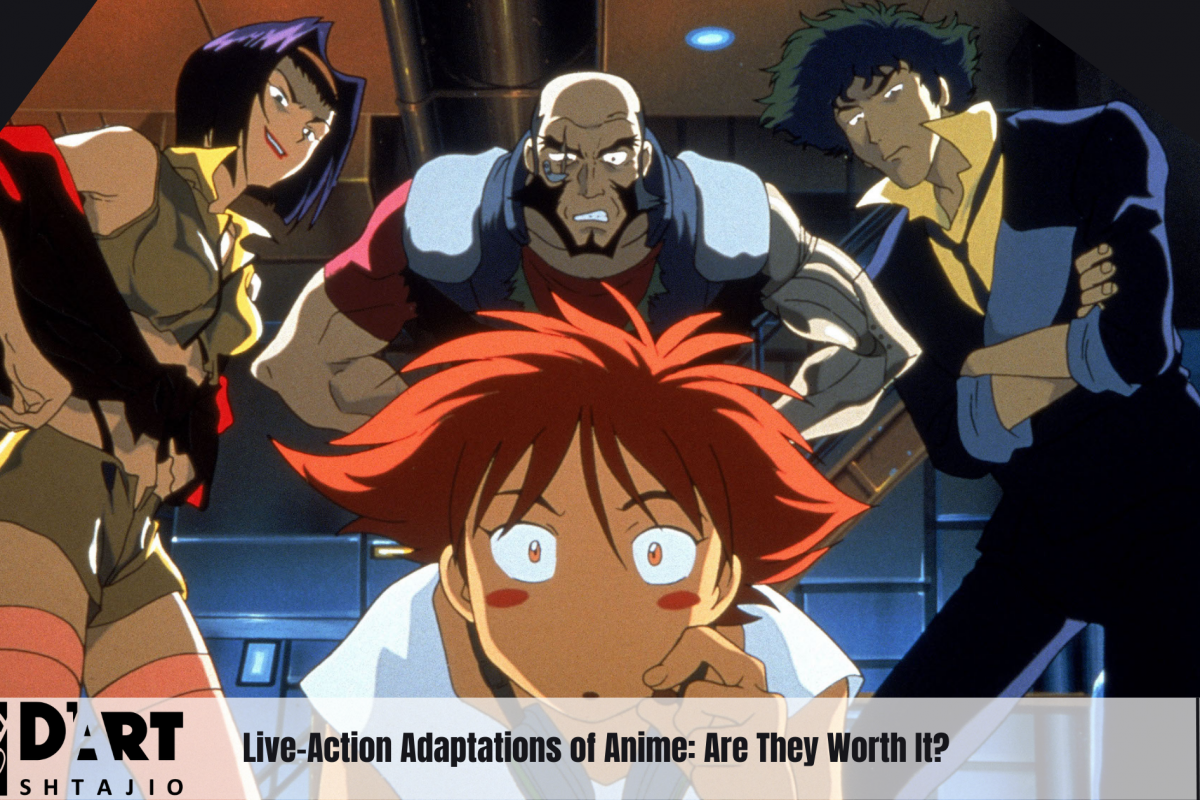 The Association of Japanese Animations states that companies producing anime reach more than 87 percent of people worldwide. So, it’s safe to say that anime, the famous Japanese cartoon animations, continue to increase in popularity while reaching a broader audience that doesn’t just consist of children and teens. Adults are tuning in and enjoying anime now more than ever before. Because of its popularity, live-action adaptations are becoming increasingly popular. However, these adaptations leave much to be desired.

The Disappointment of Live-Action Adaptations

With a growing number of people interested in anime storylines, it’s only standard for production companies to consider creating live-action adaptations of popular anime shows and movies to profit even more from it. For example, Cowboy Bebop, a twenty-six-episode sci-fi anime series revolving around the Bebop spaceship and its crew, had its official Netflix adaptation and was met with some pretty harsh criticisms (as most Netflix adaptations are); so much so that memes float around the internet like this one.

Even if you’re a fan of Cowboy Bebop, a top-rated series known for its exciting storylines, the idea of turning an imaginative series with such incredible Japanese-style artwork and designs into an American sci-fi series just doesn’t ever feel right. Before the Cowboy Bebop Live Action adaptation even aired, there were many concerned fans of the original series that had expressed their distaste for the idea and the actors selected to take on the roles of different characters. For example, the production company chose John Cho to take on the lead role as Spike Spiegel.

In the original anime series, Spike is only 27 years old. However, John Cho is 49 years old. Many felt he was too old for the role and believed that was a sign of more issues to come with the adaptation. And boy, were they right, so right, that the series got canceled after one miserable season. There’s a lot of speculation as to why the cancellation happened but ultimately, the show failed to perform and capture what made Cowboy Bebop so special in the first place. This is a common thread across most anime adaptations, as most of them feel like hollow imitations of their originals that take too many ridiculous “creative liberties”. Anyone remember Dragon Ball Evolution? If you do, I’m sincerely sorry you had to sit through that abomination.

Some may wonder why people enjoy anime so much but aren’t fans of live-action adaptations that involve real people cast as favorite characters in different series. While viewers enjoy watching anime because of the compelling storylines that keep them engaged, there’s much more to these series than that. Not only do these series offer incredible storylines to follow, but there is also incredible artwork, character development, and genuine emotion baked into each episode. The characters are diverse, interesting and each character has a unique story that can’t be captured in a limited series run. In addition to story, each character and their outfits suit the theme of the particular show/series that helps immerse the viewer even more.

Unfortunately, these are the things that live-action adaptations can’t recreate. When using real actors instead of voice actors for animated images, it changes everything. Many anime enthusiasts believe that replacing different authentic anime series with these adaptations ruins classic anime and takes away from the incredible effort put into designing characters and scenery throughout the series.

Viewers love anime for many reasons. It’s easy to grasp the concept of each storyline, learn valuable lessons, and stay engaged with each episode because of the vivid colors and creative animations used in different series, such as Naruto, Death Note, Samurai Champloo, and Fullmetal Alchemist. Most would agree that instead of using money to produce live-action adaptations, it would be a better idea to just create more anime. There is nothing quite as enjoyable as rewatching a classic anime!